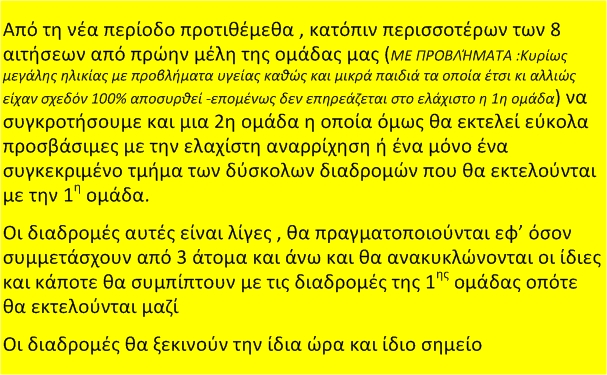 From the new period we intend, after having more than 8 applications from former members of our team (PROBLEMS: Mainly older people having health problems and small children , who anyway had almost been withdrawn 100% ) so setting up a second group however will easily do accessible with minimal climbing or a specific part of the difficult route .
These easy routes are a few, they will take place as long as participation of at least  3 people or more and recycling the same few routes and sometimes some of them may eventually coincide with the routes of the first group so they will be performed together
The routes will start at the same time and same place 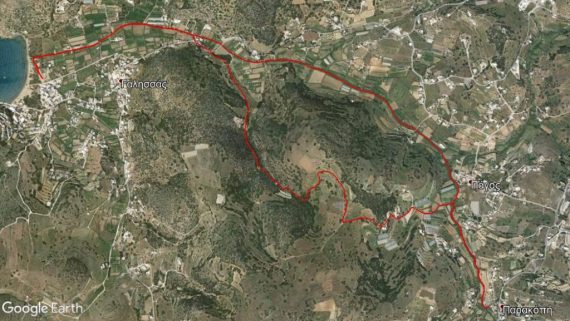 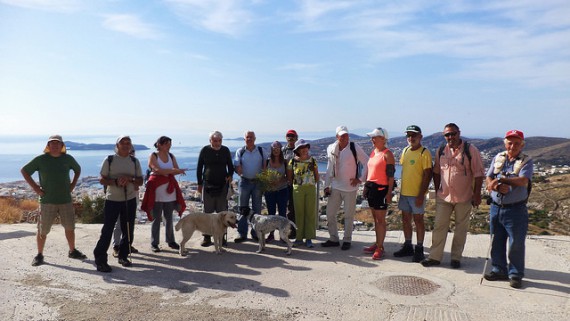 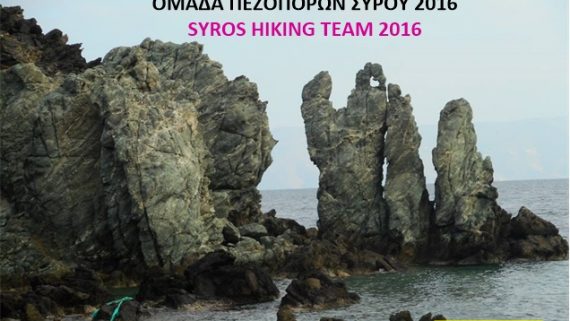 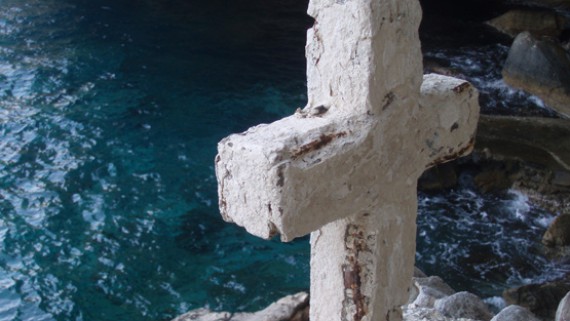 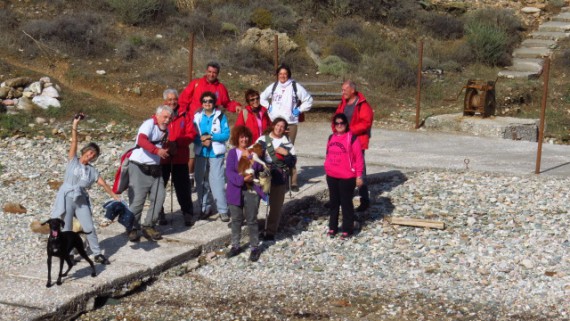 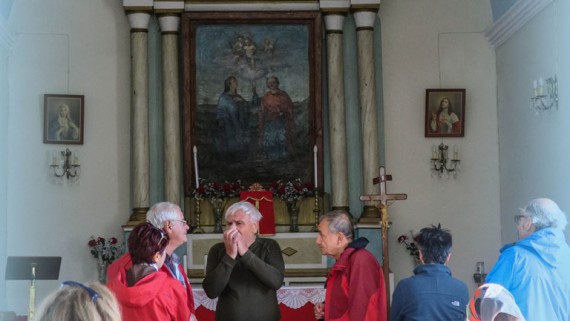